But let’s consider such interesting psychological method as Neuro-linguistic programming that helps to prepare rhythmic gymnasts for serious competitions.

Children in their mid childhood can easily master the most complicated moves. It can be explained by the fact that the highest nervous system reaches the heist level of development at the age of 7-8. By that age growing and structural differentiation of the nerve cells stops.

Children of that age can speak in terms of concepts, be logical, compare facts and events. That’s why both visual and verbal methods are used on the training. However children should associate verbal explanations with the familiar actions they came across earlier, so verbal explanations should be full of images. And if coach’s instructions are clear, straight and acceptable, child can explain or describe any exercise he/she did, in other words to give verbal report.

These observations of the highest nervous system age peculiarities gave the base for using Neuro-linguistic programming methods in training young gymnasts at the age of 11-13. 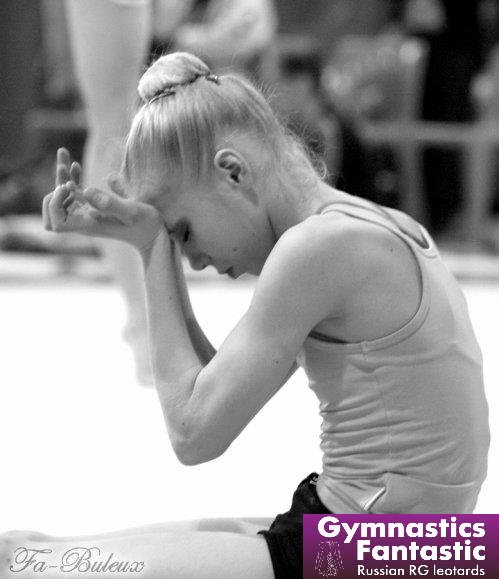 There was a situation where a young gymnast was sure she wouldn’t perform successfully, because by the beginning of a new competition year all of her competitors had grown up, but she had the same height.

It was necessary to overturn her conviction as soon as possible, because it was 30 minutes till the performance. So, linguistics methods or “language tricks” did their work perfectly:

-          And how many situations did show you that you can’t win because of your low height?

And Alena remembered her last rhythmic gymnastics tournaments, where she won all her today competitors and was among 3 leaders. Thus her worries were eased, especially after the judges discussed the prizes presented by the competitions’ sponsors.

When coach has enough time before the competitions, she gives exercises for kinesthetic system. If the training time allows, gymnasts go out to the forest, put the black bandage on their eyes, take a stick in their hands and under the care of psychologist they learn to move in the forest orientating themselves by the feelings. First attempts are not successful as a rule, but at the 3d-4th attempt gymnasts’ feeling become stronger and they stop and turn to the other side in 40-50 cm before a bush or a tree. 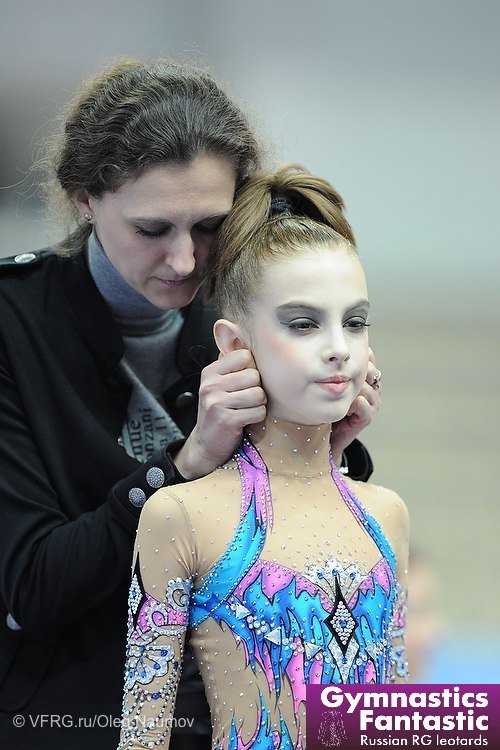 When it’s impossible to go to the outskirts, the same exercise are done in the gym where various items are put on the floor. Then gymnasts master their kinesthetic skills with their closed eyes but without any item in their hands.

Next level starts when gymnasts take apparatus (ball, clubs, hoop, rope or ribbon) and try to do throwing elements orientating themselves not by visual system, but by a kinesthetic one. All this gives an opportunity to increase the quality of risky elements and decrease the probability of apparatus loss till minimum. Clear performance of rhythmic gymnastics elements allows to express emotions in the composition, which gives higher grades and increases the chances of successful performance.

“Travelling along logical levels” is a great method also. Personality opens completely and brightly before the psychologist. And it’s incomparable with popular questionnaires and surveys of the sportsmen. The main condition is a contact between a rhythmic gymnast and psychologist (coach). 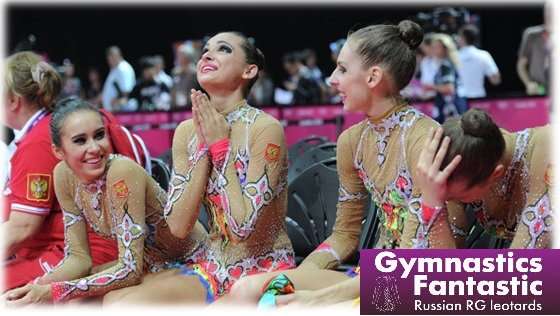 One gymnast couldn’t do one complicated element only at the competitions, but she always did it perfectly at the training. The question of change this element for a simpler one came up, but that meant this element would be less spectacular and wouldn’t  help to gain high grades. Visual stroke helped in this situation. Visual “key” was found, image which initiates undesirable behavior, then the image of desirable behavior was found, which changed the previous one.

Seven competitions at a run this rhythmic gymnast does this element and doesn’t fail. While the coach from another rhythmic team said that she had to refuse from some complicated tricks of their performance.

In conclusion, we can say that Neuro-linguistic programming helps psychologists and coaches to prepare rhythmic gymnasts for serious competitions, it’s just important that this method is used with humanity and respect.

Do you like leotards in the photos? Write to our manager and order the same leotards for girls indicating a link to this article.

Warm-up before the Rhythmic Gymnastics Training

Nature is the method of rehabilitation for rhythmic gymnasts